If you’ve been following my blog, you will know that I have had the absolute pleasure of being musical director of Loco Show Co. this academic year. This is an experience that I will never forget and has helped shape me into the person I am today. It doesn’t feel real that I have finished my time in this role so maybe a goodbye blog will give me some closure.

Each year our society hold elections for the following year’s committee and last year I actually ran for Vice Chair not M.D. I was unsuccessful in these elections but little did I know in about a month’s time the person elected as MD would drop out and I would be approached about the role. I was hesitant in running as at the time I had zero self confidence in myself or my musically abilities and just never thought I could take on such a massive job and be successful. Ask anyone that was there, I was a bag of nerves in my speech!

Surprise, surprise I got elected and have been working my ass off ever since to try and be the best MD ever. I’ve literally put my heart and soul into Loco and I still can’t believe I had it in me. I wrote all the music for our band for the pantomime – that’s around 13 songs. Like how did I manage that? I also, taught two rehearsals a week and attended every other rehearsal to support my production team so basically did Loco 4 times per week and wrote and rewrote harmonies 24/7 whilst transposing a whole musical score for Flute. 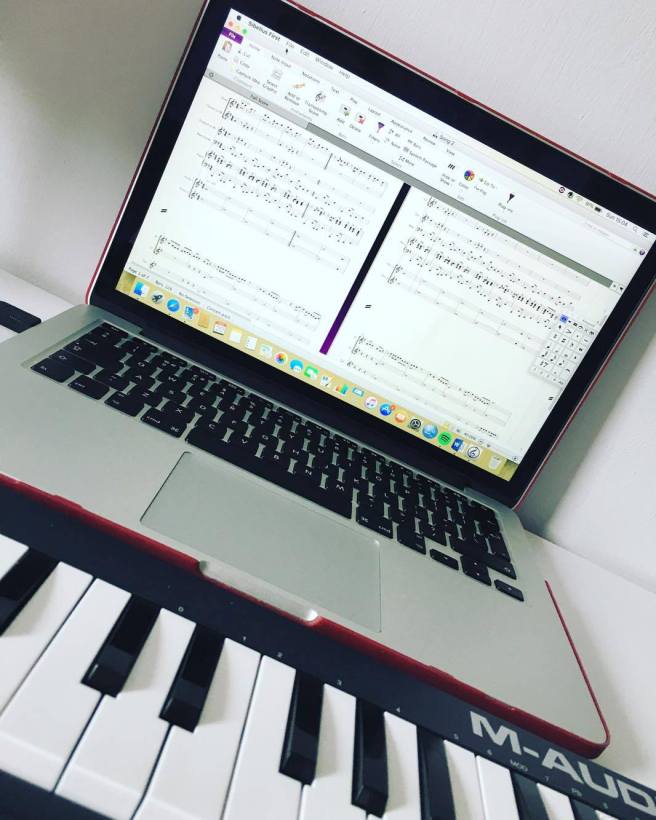 I’m not gonna lie, there have been times this year when I have wanted to quit as I’ve faced some pretty big challenges in this role. Unfortunately, the nature of drama societies often mean there is, well,…drama. I knew that putting myself in a position of authority would lead to some criticism as that’s unavoidable but I had no idea the extent I would be tested. I’ve learnt that some people will never be happy with you no matter how much you try to appease them. In this role I could literally say “I like dogs” and some cat fanatic would take offence and hate me for it. I’ve learnt to adopt one of Queen Demi’s mantras and be sorry but not sorry. At the end of the day I am always sorry if something I do upsets someone but at the end of the day I know everything I have done this year has been for the good of Loco and our shows. So to be honest, I’m not really that sorry after all. Before MD I was too insecure to stand up for what I believe in but I have grown in confidence and I’m proud of the person I have become. 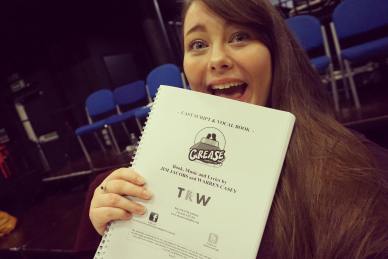 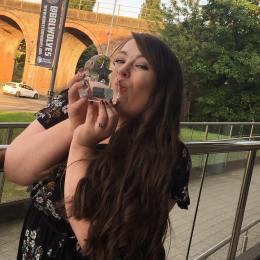 As a musician I have also grown so much. Before uni it would literally shake with nerves if I had to play piano or sing in front of anyone other than my amazing singing teacher. I wouldn’t even sing in front of my boyfriend without quivering like a leaf. Don’t get me wrong, on stage in character is another story, but as me I would struggle. Being MD has meant I have had to sing constantly in front of others in order to teach, I have learnt to love my voice and I’ve even sang at open mic night’s with my favourite guitarist in the world. I think part of my previous attitude towards singing was linked to never really being given a shot at home when I did drama. I had a few amazing parts that I loved but overall I never felt like I was good enough. Being MD has shown me that I am and I cannot wait to audition for next year’s panto! 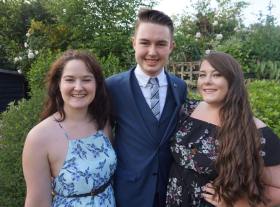 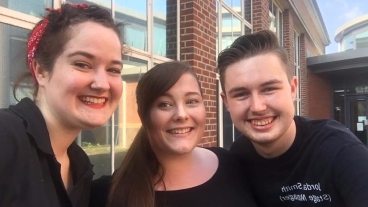 I am so grateful that I have been part of an amazing journey with Loco. I truly believe that the society has some on leaps and bounds this year. I set a very high bar for our performers and they more met it. Everyone that came to see the shows commented on the singing and said that they never thought Loco would be able to do harmonies or a show of such high standard and that is something I am so, so proud of. The choreography and director by Charys and Jordan was also outstanding and I honestly believe that Grease will go down in Loco history and be a tough cookie to match! It’s been a pleasure to watch some many people grow as performers and realise their true potential. 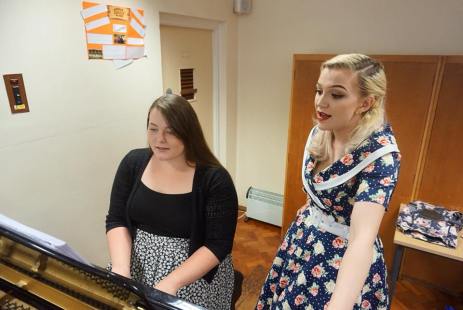 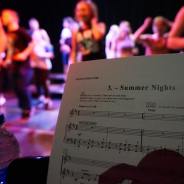 However, all this aside, the thing I am most grateful for is the friendships I have made whilst being MD. I have honestly met some incredible people who I hold so close to my heart. My production of Charys and Jordan have literally saved me this year. Their support, friendship and weekly meetings have made everything worth while. They are two of the greatest people I have met and two of the greatest friends I have made. There are too may people to name in one blog but the others know who they are. Thank you for being the most wonderful people and for giving me the best year. I can’t even begin to think about the fact that most of them won’t be around next year as I don’t think I’ll ever stop crying if I do. 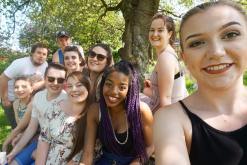 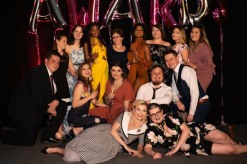 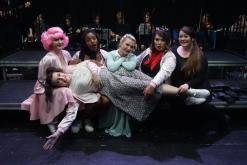 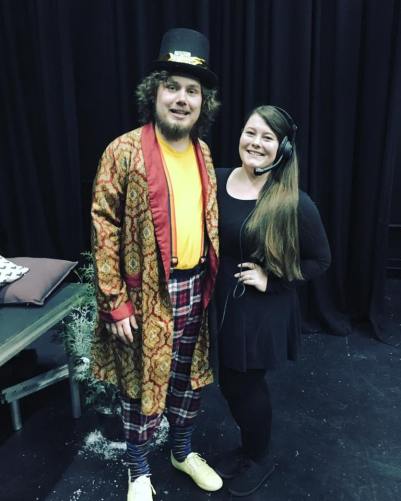 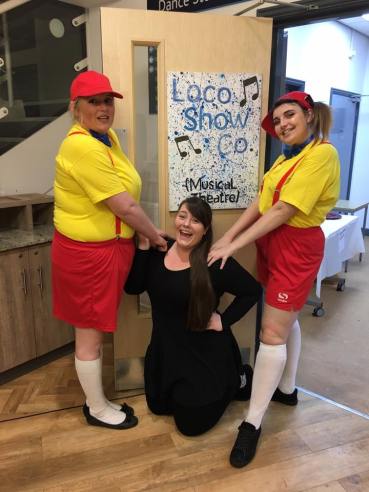 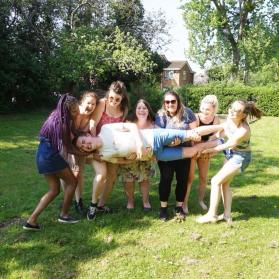 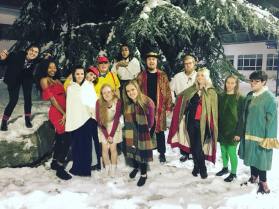 I’m scared and excited to put MD behind me and take on my new role as Chair Person. I wonder what the next year will hold for Loco. For now though, I’ll say thank you so much Loco and put my own spin on the Sandra Dee reprise and say ‘goooddbyyeeeee to being MDDDDDDDDDD’ 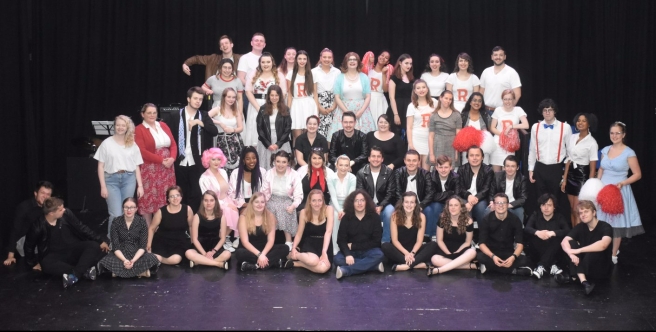 M.D over and out!