Hello lovelies! Welcome to the first instalment of the new social look book series and what better way to start that with Disney, am I right?

This week is when Loco has properly started back up again after the Christmas break and so we wanted to have a theme that would encourage lots of people to attend and have lots of scope for costumes.

It’s become a bit of a tradition for myself and a few of my close friends to do a group costume for Disney week. Last year we did Peter Pan and there’s a whole blog about it you can read here. 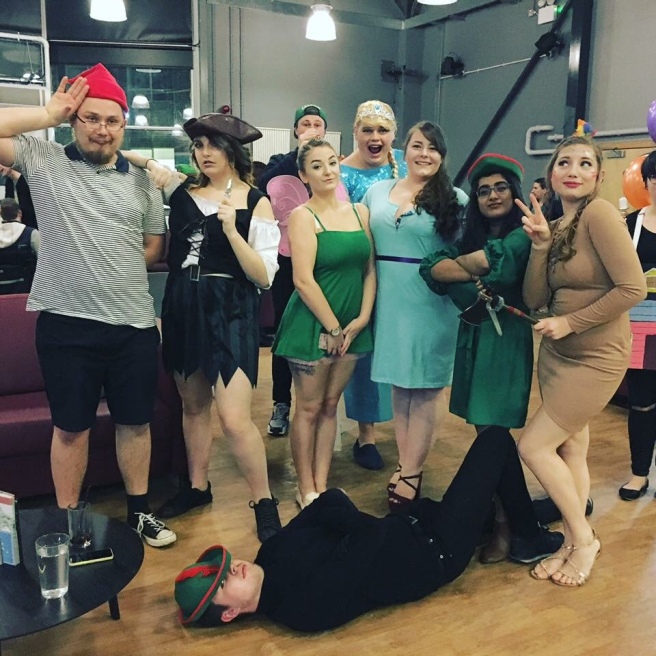 This year we wanted another group effort. We needed something that had lots of different characters and wasn’t too difficult and eventually I suggested we go with Toy Story!

I decided I wanted to go as one of those cute little, claw obsessed aliens and was originally going to be paired with Shan but unfortunately she hasn’t been well and was unable to make it. Alex immediately said he wanted to go as Rex the dinosaur so that was another challenge I had to create for this week too! We created an ‘Andy’s Toys’ group chat and everyone allocated themselves accordingly.

For my Alien costume I went to primark and got a men’s blue t shirt in XL so it would act as a dress (£2). I got the green head band (£1.20) and some polystyrene balls (£2) from EBay. I then just printed off a pizza planet logo and dug out an old pack of pipe cleaners and my resources were sorted.

I originally tried using glue to stick the balls to the band but this proved too messy and time consuming so I just sellotaped then in the end. I moulded the pipe cleaners and wrapped them round the bases of the band to make an antenna before drawing the eyeballs on with a sharpie.

I used the simple, safety pin method to get the logo onto the top and it worked a treat. The top was a little shorter than I wanted and it was far too cold outside so naturally I had to throw on a pair of leggings too.

Alex’s Rex bead was the biggest challenge. I found an old shoe box and drew lines of where I wanted to cut to make the mouth shape. I then grabbed some green card I had left over from the Pantomime and stuck this to the outside of the box.

Unfortunately the card didn’t cover the whole thing so I opened Word on my laptop, created an A4 size text box and filled it in green. I printed 3 sheets of this off and continued to cover the box until the whole surface was green.

I sellotaped the leftover polystyrene balls to the top and added some googly eyes for effect. I then drew and cut out a zig, zag pattern on some plain paper to make the teeth and secured them along the rim of the box. I am so proud of how this turned out and Alex got loads of fab comments on his outfit. 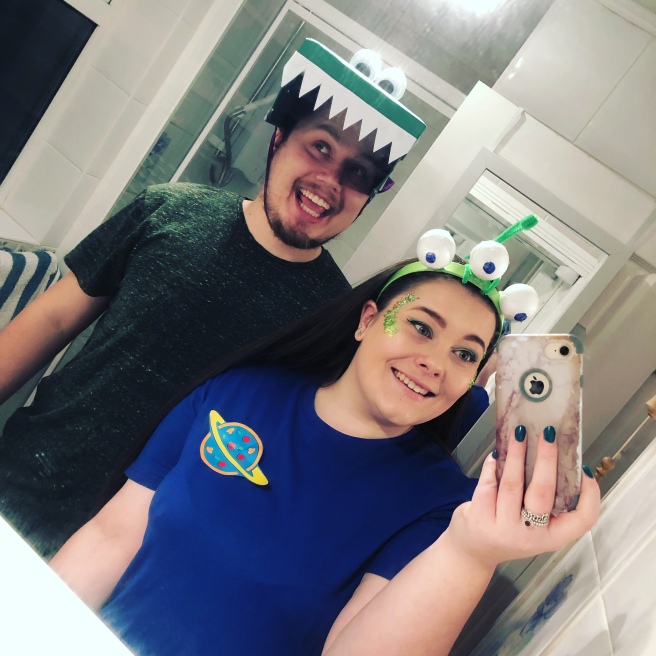 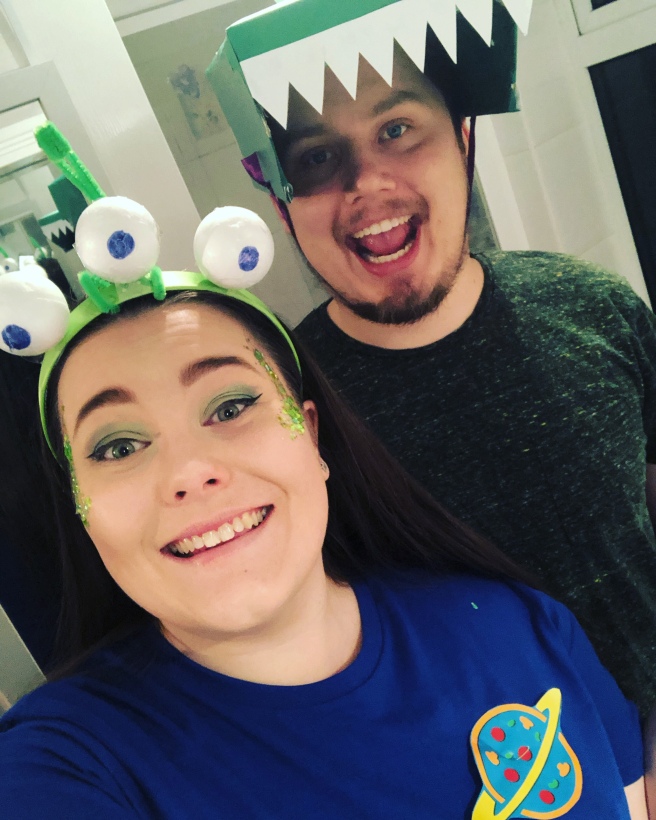 When we arrived at social, all of Andy’s Toys were united! In total we covered – Jessie, Woody, Rex, Ham, Slinky, Wheezy, Mrs Potato Head, Alien and an Army toy which I think is pretty impressive! 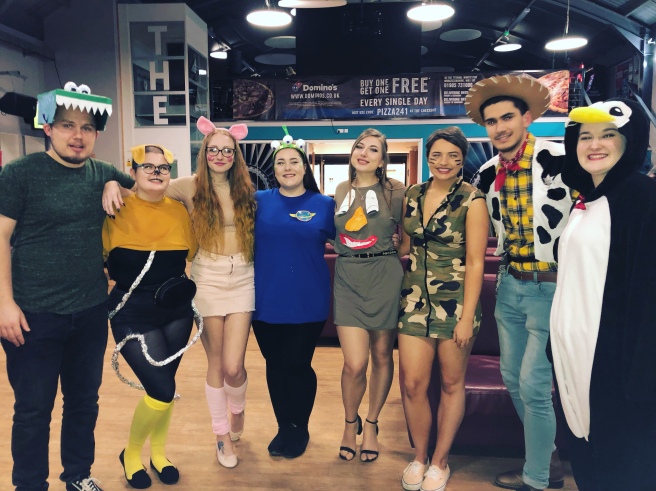 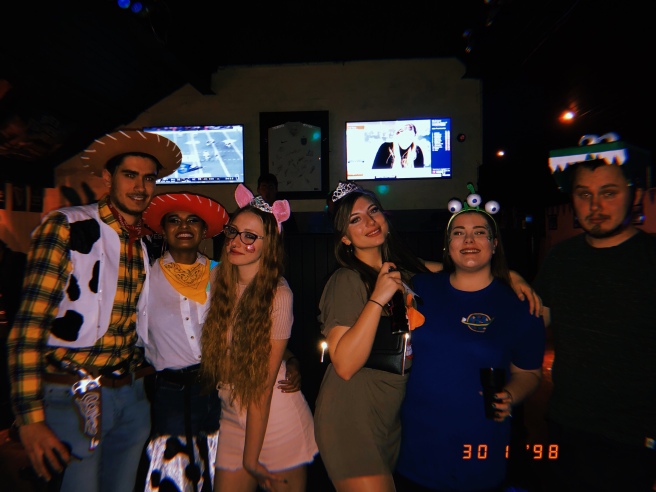 It was a really fun night with a HUGE turnout! We played lots of Disney inspired games in teams such as make the best princess dress out of loo roll, Disney charade challenge and pass the Up balloons!

Roll on next week’s theme – Pirates!