So we have made it to day four of blogmas – so far so good! For today’s post I thought I would document last weekend where Alex and I went to Milton Keynes to visit some of our best friends. It was a weekend full of musicals, catching up, food and alcohol!

As the last year of uni was coming to a close, our friendship group started making some plans so that we wouldn’t feel so sad about being apart and spread all across the country. As a group comprised of theatre lovers, we are always looking for the next opportunity to see a show and so when Six! the musical announced a UK tour we were straight in there looking for a suitable location and date for us all. Just like that Jordan, Ebony, Alex and myself were booked to spend a weekend together in MK (Jord’s hometown).

I’ve wanted to see Six! for such as long time as I am obsessed with the sound track and have heard such good things! There will be a blogmas post all about the performance itself coming soon so I’ll save all the details for then – but it was amazing!

We were originally heading to Milton Keynes on the Friday as this was the day of the performance. However, Jordan had also been directing a production of ‘Annie’ in school which he worked so a group of us headed up a day early to see this and support him. I am so proud of Jord as he had worked so hard to put on this show and it was fantastic! Alex and I then stayed in an EasyHotel (for a £25 bargain) for the night before meeting Eb Friday morning. 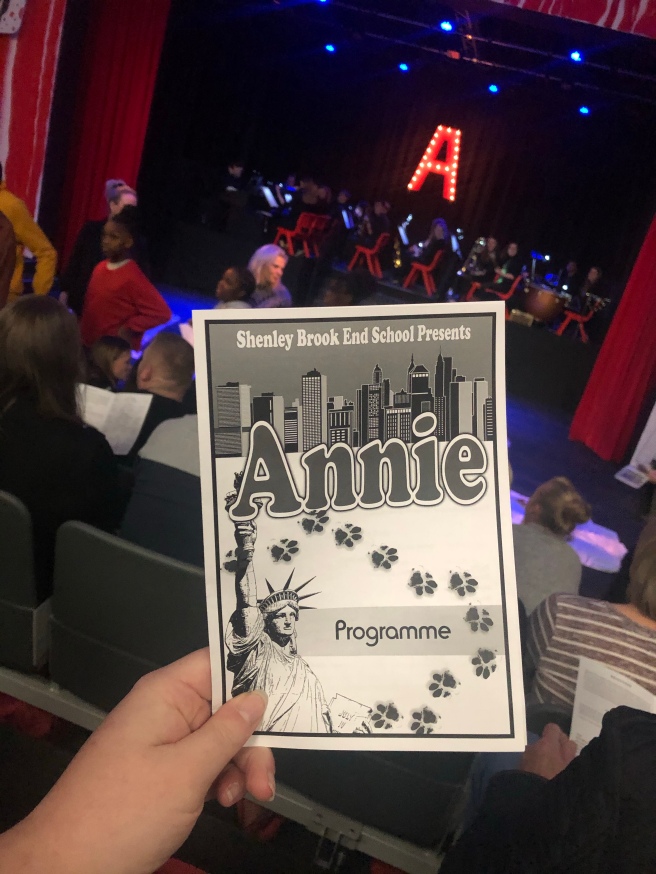 The next day we met Eb at the train station and spent the afternoon just the three of us and checked into the hotel until we met Jord at Miller & Carter for a pre show meal. His sister, Molly, works there so we got a mega discount and I ended up paying just £26 for a starter, main course and drinks which was an absolute bargain!

Due to the discount I treated myself to some cocktails which were incredible! This is called a strawberry sling which contains gin, elderflower liquor, strawberry puree, cranberry juice and a few other bits I can’t remember. They were so good I had two!

After heading to the theatre to see the show (which again was absolutely amazing), we decided to go for some drinks at a cuban cocktail bar for a few before heading to trust Wetherspoons for drinks that were less expensive. Jord then suggested going to his favourite nightclub ‘Pinks’ which is a gay club in the city.

Despite being absolutely exhausted after a full week in work/uni and my eczema flaring up, I pushed through as I knew how much it meant to Jord. Experiencing a bigger city club was something new and the sheer amount of security measures in place took me back before we had even gone inside. The surveillance room was like something out of a film scene at the evil villains lair! We spent a few hours dancing to classic cheesy tunes – highlights included Grease and ABBA medley along with the Gavin & Stacey version of Islands in the Stream! Alex also pulled a drag queen which was bloody hilarious!

Alex, Eb and I then called it a night and headed back to the hotel for a KFC (Eb’s fave) and  ended up watching the RuPaul’s Drag Race UK Final in bed. The next morning we checked out of the hotel (praise the lord for 12pm check out), headed back to spoons before driving back to Worcester. We ended up travelling as a four due to rail disruption causing havoc for Ebony getting home. This only meant more time together and we enjoyed the journey by singing along to the Six! soundtrack about 4 times and also throwing a few Hamilton tunes into the mix too.

After a late night drive from Woo to Abergavenny, the weekend had come to a close. I cherish times with these guys so much as it is very rare we all get to see each other. I hope that our next reunion will be sooner rather than later but until then I’m glad I’ve documented it in a blog post to look back on.

The pains of trying to get your boyfriend to take nice pics when you’re rewatching every season of drag race together from the beginning 🤦🏻‍♀️💚✨ #covergirl
Afternoon tea in the garden courtesy of Alex’s aunt as a belated house warming gift (feat Alex who wouldn’t wait for a pic before he dug in) 💛✨
A pamper by @elliereedbeauty was the best way to kick off a week of annual leave 💅🏻✨
Feeling so grateful that this Easter looks nothing like last year. Sun and good vibes (and chocolate) all round ✨ #happyeaster
Think my outfit choice deffo reflects the weather 🖤✨
Happy 26th Birthday to my best friend. Hopefully your one and only lockdown birthday but a memorable day nonetheless. Officially closer to the big 30 than 20 😉💙🥰✨