So what better way to kick of a new year and decade on Minims & Mischief than sharing details of the biggest surprise I have ever pulled off and some information about our trip!

If you’ve read my Christmas 2019 blog, then you’ll already know that for Christmas this year I surprised Alex with a holiday to Walt Disney World, Florida and a Disney Cruise to the Bahamas! Now I can already hear people asking how on Earth did I afford it etc and that this is too lavish a present and to that I say;

1.My family has a long history with Disney and this will be my 10th trip to Walt Disney World. My grandparents are Disney Vacation Club members which basically means they own timeshare for Disney property and are in Florida 3/4 times a year. This means we are all really good at scouting excellent deals and the cost is often subsided by their ‘points.’ Now I won’t be sharing the exact cost purely because (despite a reluctant Alex wanting to pay his way) the trip is a gift but I will say for this trip I found an amazing deal that is called Disney ‘land and sea’ package and Disney were also running 10% off cruise and stays for the time we wanted to go so I combined the two for an amazinggg deal (if I do say so myself). Top tips for booking Disney holidays is to be patients – I literally searched once a week for months until I found this deal – and also to ring Disney direct when booking as they are often able to sprinkle some extra pixie dust for you when the time comes to book your holiday!

2. Yes this is a lavish gift for Alex but it is well deserved and is also a gift to myself. We have just finished 3 years at University and have gone through a lot during that time. We have both worked and self funded our time in uni and as a result haven’t been on holiday for 5 years. Disney is a special place to all of my family and since our last trip in 2013 it is special to Alex too and there is no where we would rather go. Something I have learnt over the past few years is that there is no time like the present so I am really glad we have this to look forward to in 2020. 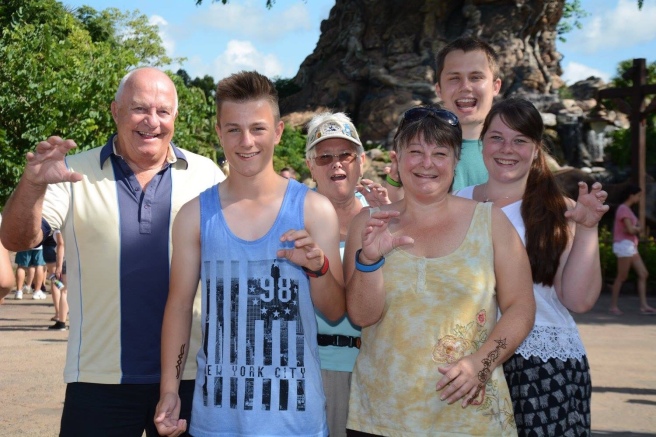 Now that that’s explained, on to how I surprised him! I booked this trip at the end of August 2019 and so had to keep it a secret for 4 months which was sooooo hard. Technically I could have told Alex straight away but I wanted it to be a Christmas surprise and so bit my tongue and channelled my excitement into how I would do the big reveal. I decided it would be a three pronged reveal (I’m extra asf, I know).

For some context, Alex is a huge fan of crosswords and does one more or less every day and so I decided to make by own crossword with the letters on the shaded squares revealing an anagram of the word ‘HOLIDAY’ for him to solve. All of the clues were related to things he/we like as a couple and I revealed the crossword after he had opened what he thought were all of his presents on Christmas day.

One thing I did forget was how bad Alex is at anagrams and it is actually me who is quite good at them. The crossword was completed and he was starting at the letters saying “YAHOLID? I don’t understand.” This was so funny to watch but also made me second guess myself, thinking had I put the wrong letters etc! He finally got it and the fact we were going on holiday was finally revealed – now he just had to find out where!

The second part of the reveal was a series of rhymes that lead to clues that I had hidden all around the house! In hindsight they were kind of a give away from the start but I low key wanted him to realise and get excited as he was going along. I did it so they got progressively more obvious and they all had a Disney reference in the rhyme. Also, I figured if he guessed Florida there would be noooo way he would guess about the cruise too!

The rhymes and clues were as follows;

I think by this point he deffo knew where we were going but I had written one last rhyme to reveal the location and I wasn’t going to waste it. It was just a funny rhyme I made up and it went like this;

“I’ve been keeping this secret for quite some time, so it’s lucky I’ve had pixie dust on my side,

I’ve been saving my pennies, or should I say dimes, through times that were harder than when Bambi’s mum died,

You’ve worked so hard and deserve a big treat, now like the Mad Hatter I’m spilling the tea,

We’ve had big dreams of infinity and beyond, so that’s why I’m taking you across the pong,

So although there were times where life kept getting horribler, it’s all over now and we are going to…FLORIDA”

Yes I know it is incredibly cheesy and awful but it was a bit of fun and the smile on his face throughout was worth embarrassing myself with poetry!

This part didn’t quite go to plan as I had originally wanted to plug my computer into the TV to show a Powerpoint that I had made with all the details of the trips and links to videos to watch etc but both mine and Alex’s MacBooks aren’t compatible with normal HDMI cables and I misplaced by adapter.

It didn’t matter though as I quickly went through the powerpoint on the Mac screen and I think Alex was a little too overwhelmed to take in the full extent of the powerpoint even if it had worked! After all the parts about the hotel and parks etc was over there was a slide that said ‘THE END’ and I asked him if he was happy. He was lost for words and just said ‘I can’t believe it.’

I then hit the space bar for the words ‘OR IS IT’ to appear underneath and his face of confusion was a picture. I asked him what else I could possibly have in store for the last surprise and he said “wait, we’re not going on a cruise too are we? We can’t be” and I think I just screeched out “yes we are, we are also going on a Disney Cruise!” to which he just fell backwards onto the floor with he hands over his head in disbelief. I continued through the details of the cruise whilst Alex quietly processed what was being said before both of us started crying along with his mum.

Now that the initial shock has subsided, it is full scale excitement now and we have already sat down and made a shortlist of restaurants that we want to book with our Dining Plan! 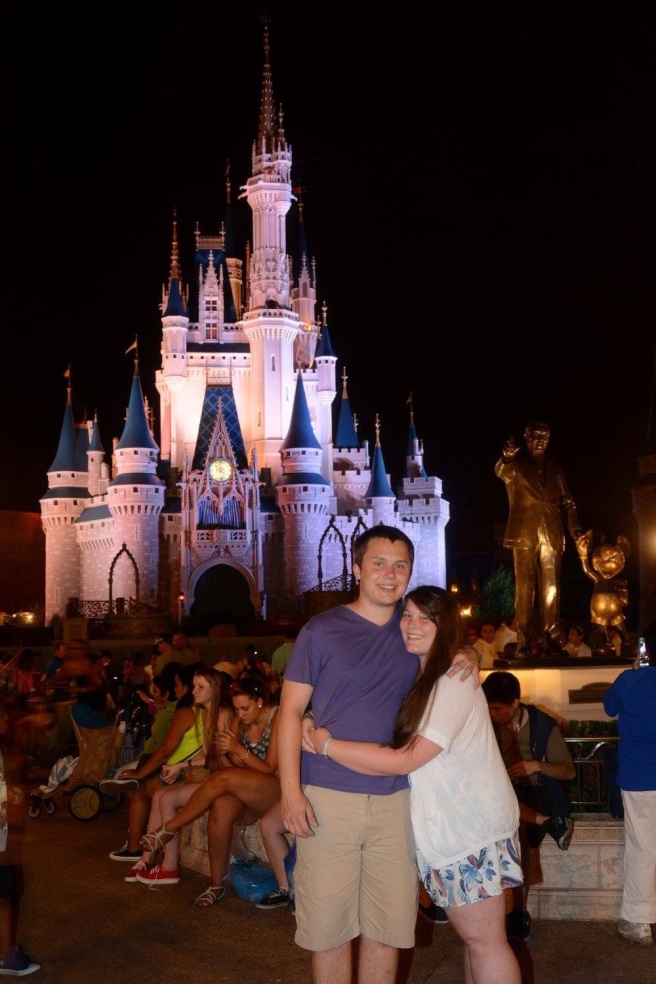